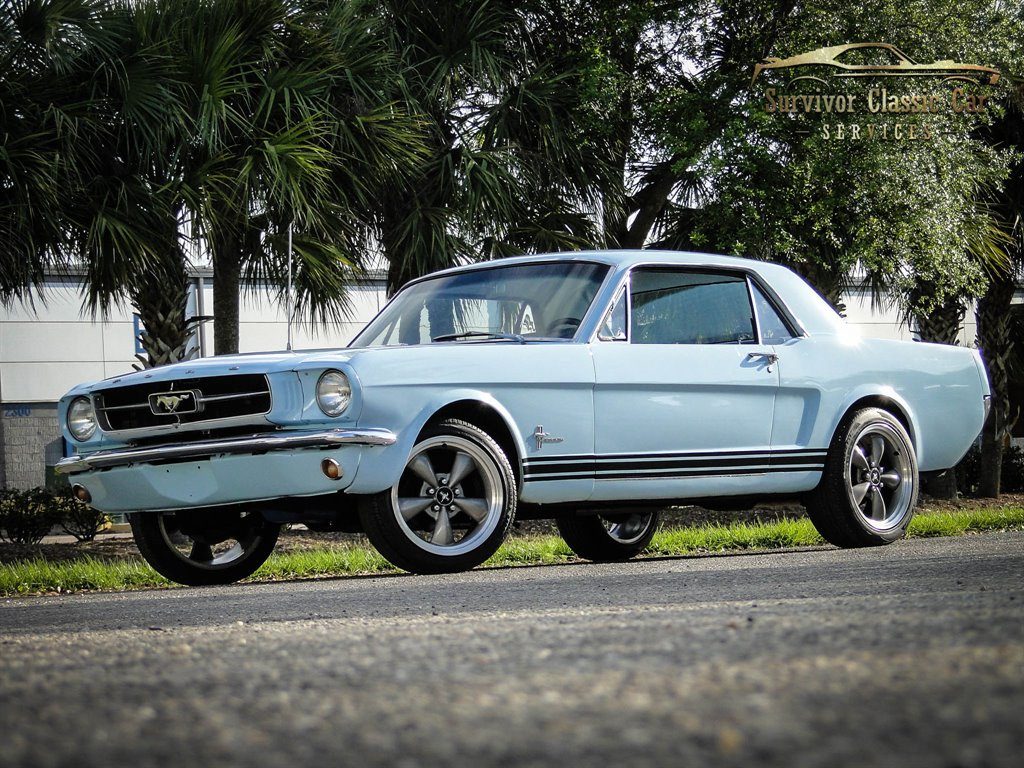 In April of 1964 there was one car everyone was talking about. That was the new affordable, fun and highly customizable Ford Mustang. It was technically too early for the 1965 models to be released, so they are known as 1964 ½ Mustangs. That is exactly what we have here! The first Mustangs came with unique engine options that changed during the 1965 year, which makes the 64 ½ highly collectible and sought after. This particular model has the 170 CID Inline 6-cylinder engine backed by a 3-speed manual transmission. Talk about a dependable drivetrain! This Mustang is nicely detailed inside and out and is ready to show. The exterior is painted in a high gloss Light Blue with Black rocker stripes to bring a bit of the GT and Shelby flair. Modern 5-spoke Mustang wheels have been added to give this car a more muscular and modern look. It is amazing how good 2005 Mustang wheels look on a 1965 Mustang. Inside you will find a very clean Dark Blue interior. Bucket seats with the deluxe seat backs, seat belts and the manual shifter let you know you’re in for a good time with this pony car. The trunk is finished off very nicely with a correct plaid trunk mat, and spare tire. Whether you’re in the market for a fun cruiser, a show car, or a solid body to implant your 302 in, this Mustang would be a great fit. First generation Mustangs are always a safe investment and this clean coupe won’t last long.